For those who live in Japan, Kyoto is a home with a peaceful soul and a contemporary scene. Not only was I excited to study and work there, I had also received maybe the coolest scholarship to apply to Japanese universities, the MEXT scholarship for research students. After two years of living, working, travelling and studying in Japan, I can say with certainty that Japan has become a part of me, and I left a different person than I was when I first arrived. Try Moving Back to A Place You Thought You Knew! Shoes on, shoes off that, that is what I was constantly doing when I went back to Greece and I bowed - I mean I really bowed - for every occasion, from greetings to apologies. Once you live in Japan, bowing not only becomes normal, but you pick up on the occasions for different levels of bows. I realised I missed my rice cooker, my kitchen’s electric grill, my electric water boiler to make my matcha tea, Japanese strawberries, Starbucks, Japan’s seasonal drinks, Daiso and everything else from my daily life. Those were such nice times, just thinking about it makes me feel so…natsukashii なつかしい which in Japanese can be translated as a warm, sudden feeling of sentimentality in which small things bring back some good memories while one remembers the fondness and goodness of that time!

Life as a student in Japan can be challenging, but also amazing and wonderful. Though more universities are starting to offer some programmes and courses in English, the Japanese language is still essential in all aspects, from social integration and cultural assimilation to academic and professional interactions. I was lucky enough submerse to complete my MBA in one of the most prestigious universities of the country, a pioneer in offering courses in English and Japanese designed to give me a solid foundation in the core business subjects, and to allow me to shape my programme to match my interests by choosing from a large menu of electives. Being part of the Global MBA at Doshisha Business School has been one of the most enriching experiences of my life. The program thanks to its incredible selection of courses is perfectly harmonising theory with practise in many fields. The Culture and Creativity strand offers the chance to gain marketing and management intelligence in the Japanese creative industry and culture. As for many, one of the reasons for choosing this MBA was the opportunity to study in the historical city of Kyoto, all whilst in an English and Japanese speaking environment. In the beginning, learning Japanese can be difficult but with some practice it can get much easier only after three or four months. After all, I had in mind that my goal of studying Japanese was so I could communicate and appreciate my experiences in the foreign culture I chose to submerse myself in.

Without doubt, all the universities in Japan - private and public - are extremely well-organised, and whenever you face a challenge, from opening a new bank account to applying for Japanese courses, your university staff will provide you with the best support service. As a student that had obtained a work permit, I was allowed to work part-time as well. I used to work 28 hours per week on school weeks and 40 hours per week during semester breaks. What I liked the most was that I could do different jobs simultaneously while studying full-time. For example, over the weekends I was working for travel agencies offering cultural experiences in Kyoto and Osaka as a licensed tour guide and my weekdays were spent as a marketing assistant in a leading online Japanese retailer.

Living in Japan is an experience that is hard to encapsulate in words. It doesn’t mean you have to give up your identity, but it should go without saying that the more you assimilate and accept this new culture, the easier and, quite frankly, the more rewarding your life will be. Sometimes, even when we love a place with every fibre of our being, we just cannot stay forever. Make the most of these things while you have them, because you are going to miss them when you are gone! Just to mention a few: there is nowhere else that does public transportation as well as Japan. It is affordable, prompt, has diverse routing options and is so clean. This is the best thing about Japan, hands down! Recycling is actually practised, convenience of convenience stores, heated toilet seats (just going to the toilet in Japan can be a technological experience), pockets of nature, even in the large cities, sanitation and general cleanliness, delicious and healthy food, insane (polite) customer service, availability of vending machines, it’s safe to walk (alone) basically anywhere as a woman, the amazing postal service, a set phrase for thanking your colleagues for their hard work otsukaresama お疲れ様 !!

Last October, at the International Airport in Osaka, I ticked the box that says, ‘I do not plan to enter Japan while my re-entry permit is still valid.’ I was then given an application to sign saying that I understood that this would revoke my residence status. They then stamped a hole in my residence card as the immigration officer asked me twice “Are you sure you are not re-entering the country?” It was so difficult to say yes, it was not coming out. It hit me that this was finally it. Then I got on the airplane. 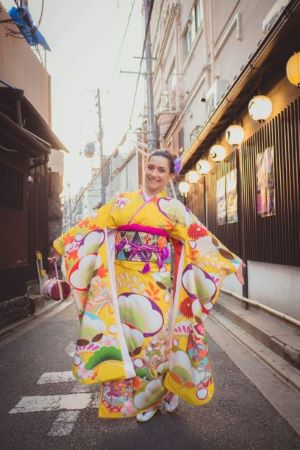 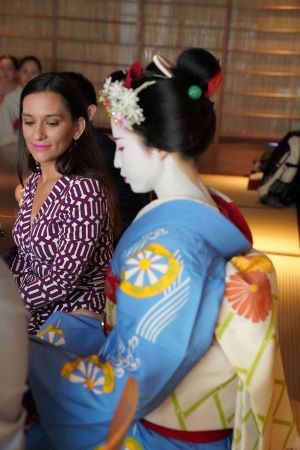