I moved to Osaka in late September of 2018 to study for a master’s degree in Japanese Linguistics at the Graduate School of Letters in Osaka University. I have always had a passion for languages – a passion that led me to major in linguistics during my undergraduate studies, and to seek to continue to a master’s degree. That passion along with a keen interest for Japan and the japanese culture is what drove me to apply for the MEXT Scholarship. This was my chance to fulfill a long-held dream, to study Japanese linguistics in Japan. 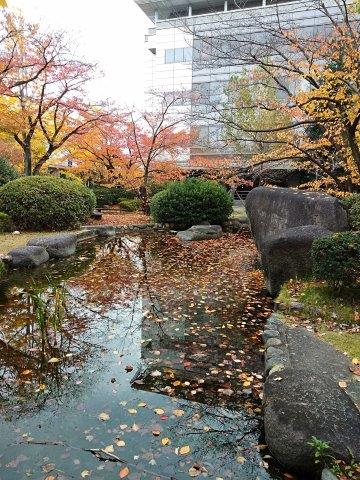 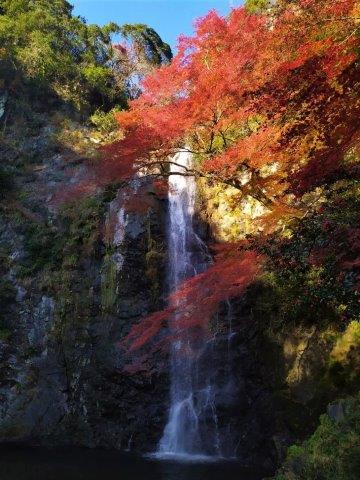 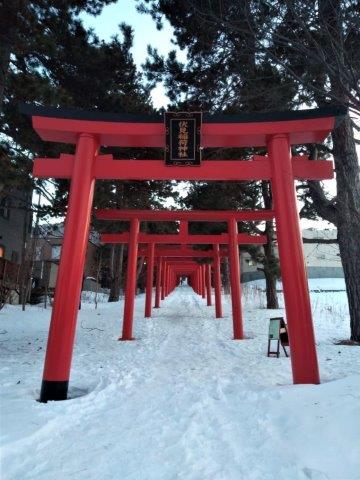 One of the most important steps during the application period – if not the most important – was to find a university where I could carry out my research, and a professor to be my advisor. As the Osaka dialect was a main point of my research, I narrowed down my search in the Kansai area, and was lucky enough to be accepted at Osaka University. After that, I only had to wait for the trip to Japan.

The first few months in Osaka were a bit hectic. I entered the university as a research student during the latter half of the academic year (as the academic year in Japan starts in April). I had to immediately start preparing for the master’s course entrance examination, scheduled in the beginning of February. That preparation included attending some undergraduate classes and studying for the linguistics exam, as well as conducting small-scale research and writing a report – as preparation for my main research – for the interview part of the examination. Thankfully, I was assigned a tutor to direct me as to which classes I should attend and what to study, and to help me with any problems I might encounter with my studies or research.

At the same time, I knew I had to start looking for an apartment as soon as possible. When I arrived in Japan, I was placed in a dormitory but I knew I would have to move out by the end of March at the latest. Housing in Japan can be tricky, moving is usually expensive and, if you want to find a place that really fits your preferences, it’s better to start looking sooner rather than later – especially if you want to move in March or April, as it is the busiest time of the year. A piece of advice, before checking with real estate agencies, see if your university has a housing agent as it can save you time and money. I started looking for an apartment in December, signed my contract sometime in January and moved in a month later. That meant that I could enjoy the spring break in full freedom.

April 1st 2019 marked my first day at Osaka University as a master’s course student. In my first year, I tried to attend as many classes as possible in order to broaden my knowledge and get to adapt better, as well as to afford myself more time for research in my second year. I got to meet many people from different backgrounds and countries, and I made some good friends along the way. My choice to spend a lot of time at the university also turned out to be a lucky choice as the spread of COVID-19 in the following year meant that most of the classes had to be conducted online during my second year. 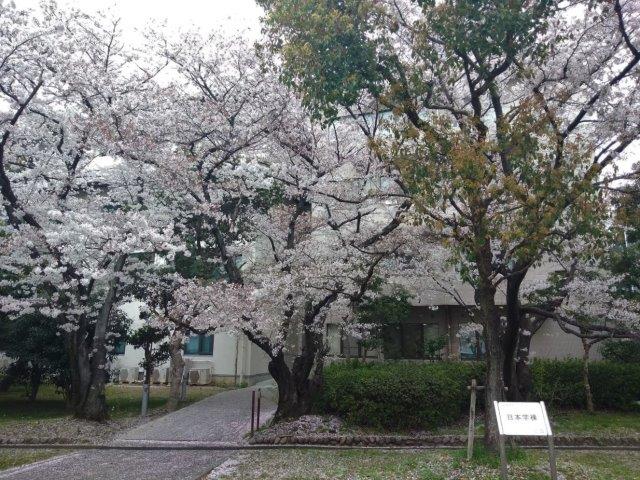 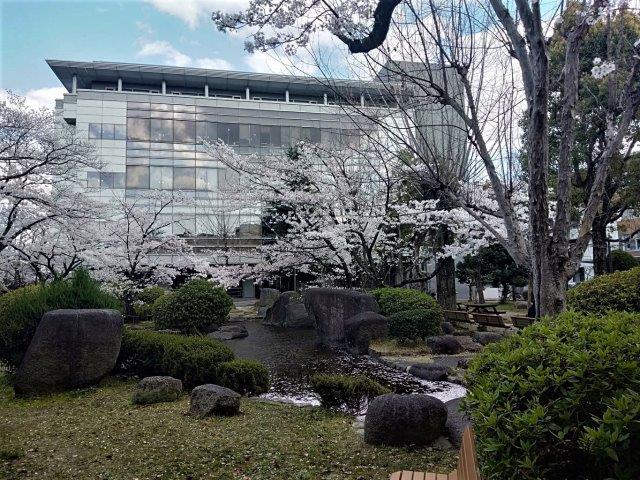 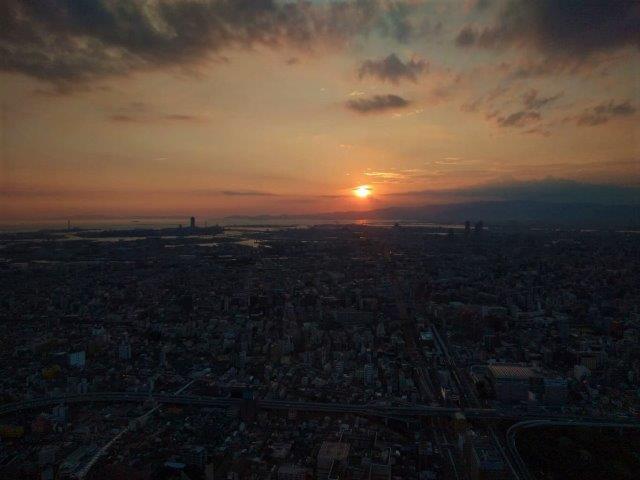 Cherry blossoms in full bloom in front of the                          Cherry blossoms at the Toyonaka campus of Osaka University                  Sunset as seen from the top of Abeno Harukas
Japanese Studies department building
One of the main issues one can face when coming to Japan is the language barrier. As I had studied Japanese for some time before going to Japan, I didn’t have much trouble understanding both written and spoken Japanese, but I did find it difficult to fully express myself in the beginning. Nevertheless, the fact that all my classes were in Japanese and that I only spoke Japanese with my colleagues helped immensely. Contracts and other paperwork can be very complicated – so what do you do if your Japanese level is low or intermediate. My advice is to always ask a native for help, be it a friend or the help desk for foreign students of your university. Also, I would suggest you ask your town hall and your university if there are any host family or tandem programs. My university had both so I got to have a host mom for a few months and a chat partner for over a year!

And what about money, one may ask. The scholarship can cover all the basic expenses (rent and utilities, food, transportation, etc.) so you are free to focus on your research. You can however work part-time should you wish to; you just need a part-time work permit – easily acquired at your nearest immigration office. During my stay I worked part-time as a tutor and as a teaching assistant at my university. It was an interesting and enriching experience, and it also gave me a glimpse of how working in Japan can be. 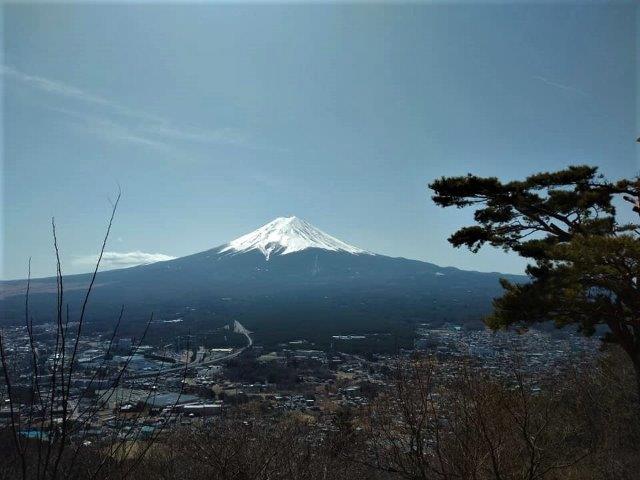 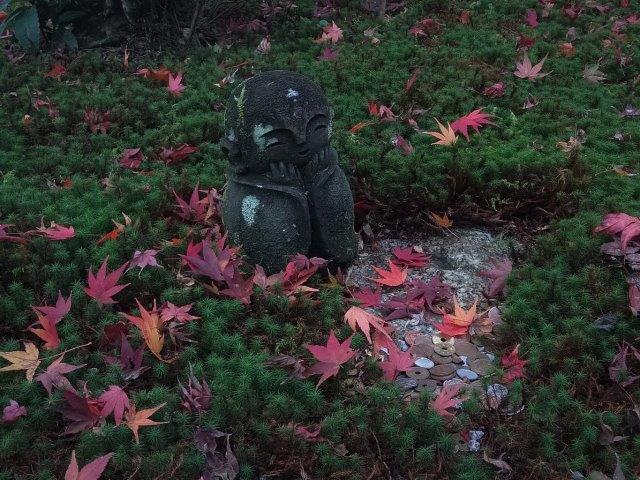 After a few weeks in Osaka, I understood why it’s called “the kitchen of Japan”, or “the city where you eat until you drop” (食いだおれの街 kuidaore no machi). There are the local specialties such as okonomiyaki (a savory pancake with cabbage as a main ingredient), takoyaki (balls of batter with a piece of octopus inside) and kushikatsu (anything on a stick really, and deep-fried), as well as the staples of japanese cuisine: sushi, ramen, tempura, and the list goes on. One thing is for sure, you won’t run out of food options and new things to try!

Living in Osaka meant I was a bit far from Tokyo – although I got to visit it more than once. But at the same time, it meant I was in the heart of the Kansai area, Kyoto and Kobe were just half an hour away, and Nara about an hour away. I used most of my free time exploring Osaka and the neighboring cities, and especially Kyoto that became almost my second home. During the spring and summer breaks I got the chance to travel further. I got to see Tokyo a few times, and traveled both to the north (Aomori and Hokkaido) and to the south (mainly Hiroshima). Getting to travel around Japan was definitely one of the highlights of my time there. 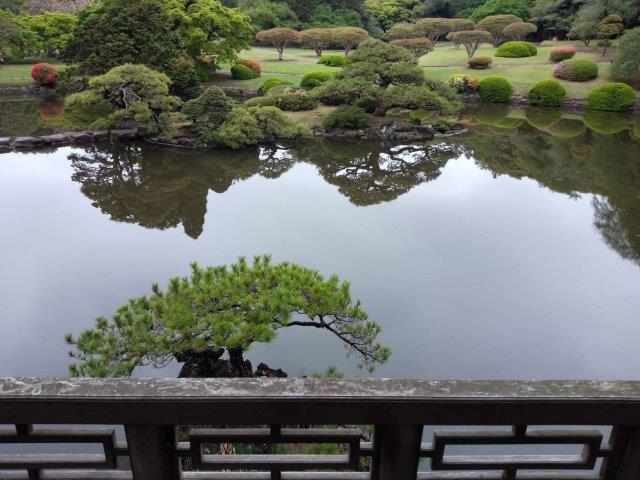 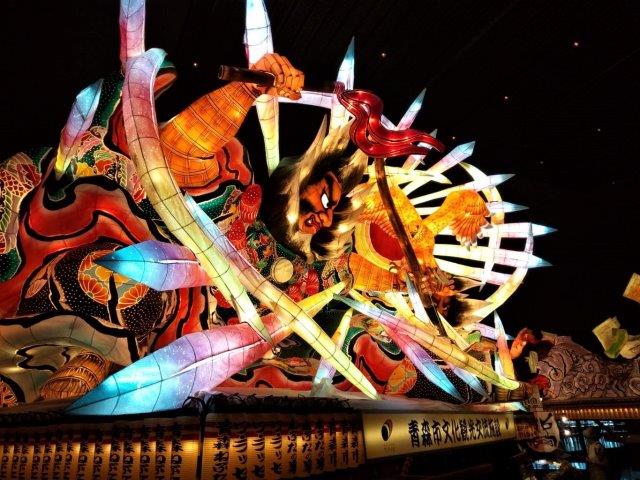 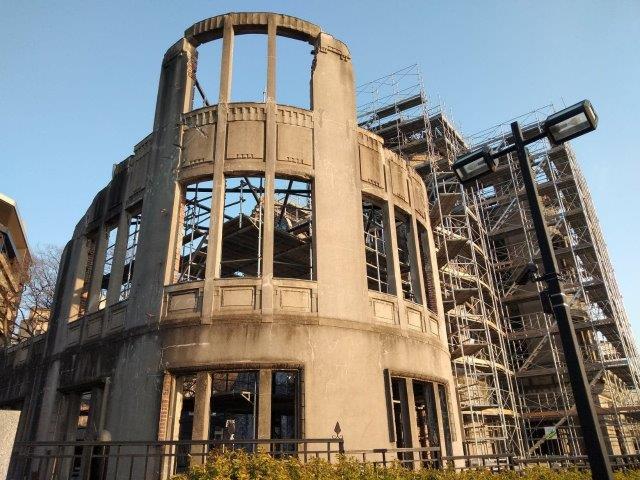 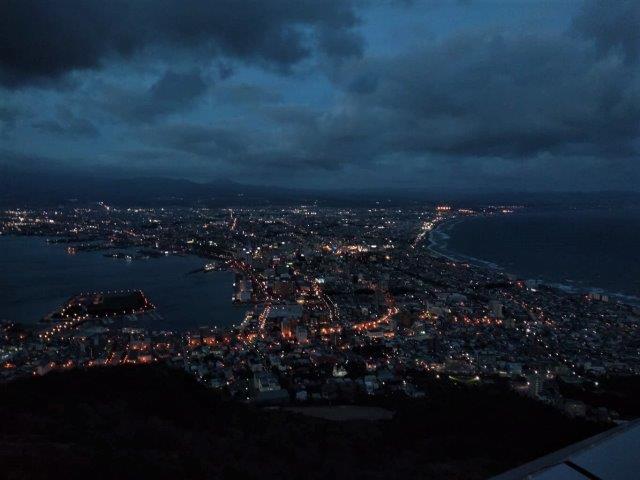 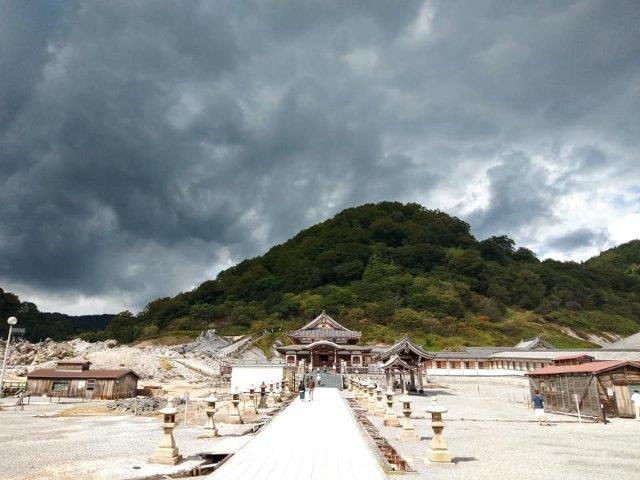 
All in all, my two and a half years in Japan were a wonderful experience. In autumn, I was usually the busiest but I did make time to see the famous kouyou, the red (and yellow) autumn leaves. In winter, I saw the beautiful Christmas illuminations and I welcomed the New Year at a shrine. In spring, I saw the cherry blossoms, and I was lucky to have them blooming both at my entrance and my graduation ceremony. And in summer, I saw the fireworks show during the Tenjin Festival in Osaka and I was able to attend one of the most famous festivals, the Gion Festival in Kyoto. 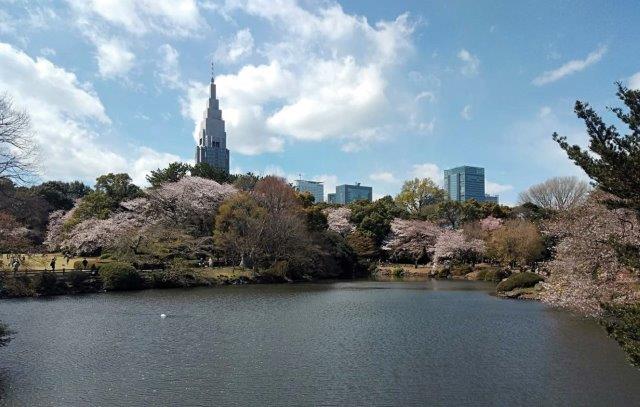 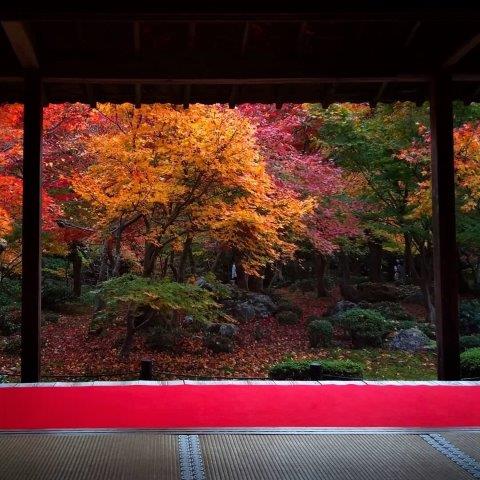 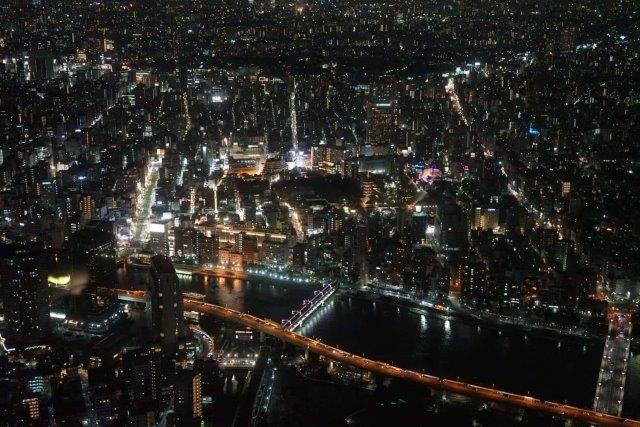 The MEXT Scholarship is an opportunity – an opportunity not only to continue your studies, but also to get to know the wondrous country that Japan is, and to experience what it has to offer to the fullest! 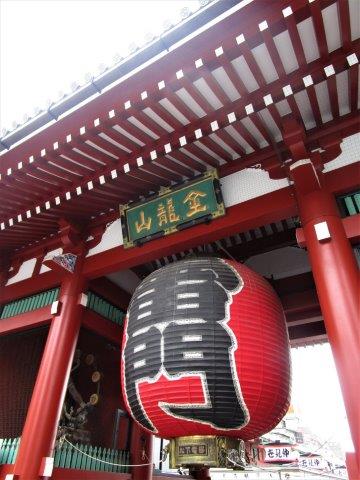 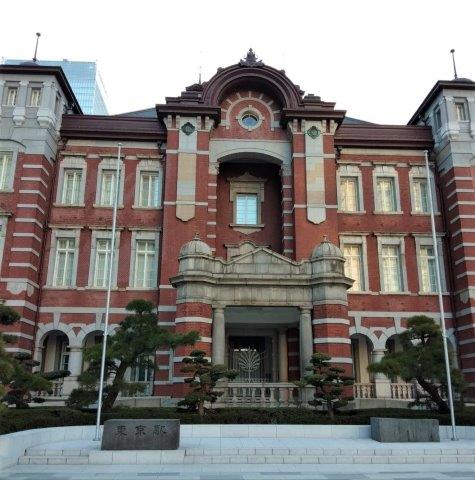 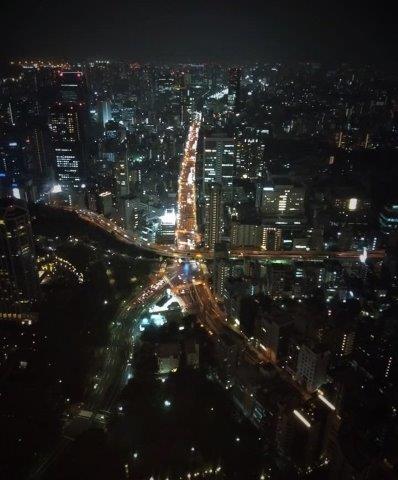